The Eye Of The Needle Of Night. view gallery here ▼

Scott, a world renowned film maker and author on sacred geometry and sacred site alignments reveals some interesting discoveries about Rosslyn Chapel and discusses some of the metaphysical meaning of Gothic architecture.

Scott’s research is available for study and can be accessed in a series of books and videos from his web site.

Volume 2 of the series can be bought from Scott’s web site here ▼
http://www.secretsinplainsight.com/st…

copyright for all photography and digital images used in this video remains with their owners and are used here for educational purposes, in a non-profit capacity.

Please rate our videos and leave a comment, we love to hear what you guys think about our stuff.

Rose Sophia – “the making of a miracle”
An exploration into  the “divine feminine,  wisdom and spirituality” 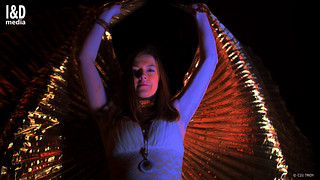 SEE ROSE SOPHIA [THE MAKING OF A MIRACLE] GALLERY ▼

a night capture of moon, church and bridge 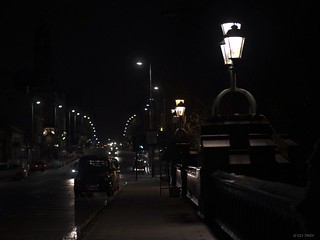 A time lapse video with 1 frame per second with 1 second exposure.
There is an interesting moment when the rain comes on and we see the rain clouds pass over and the road surface glisten.  Trolls surface from their lairs,  braving the motorway traffic and creep across the tarmac to the hunting grounds of Sauchiehall Street…..Another Saturday night in Rain Town

The annual, West End Festival Parade, went under way, in front of tens of thousands of people, during the hottest day of the year so far.
Samba Bands, local and visiting  community groups with drummers and dancers all in costume for a fun day of nonsense for everyone.

I&D media went “oot an aboot”  to try and capture some of the excitement of the day on camera.

View our gallery of parade on Flicker HERE

Oran Mor beer garden was a venue for  bands as part of The West End Festival. We were lucky to catch Scotland’s top Ska band “Capone And The Bullets”  and take a few photographs.  Not an easy task as they don’t stand still for a second. Hope we managed to capture something of the buzz of their set.

VIEW our “CAPONE AND THE BULLETS” PHOTO ALBUM on FaceBook <HERE>

VIEW our “CAPONE AND THE BULLETS” PHOTO ALBUM on Flicker <HERE>

At the end of the West End Festival Carvival Parade we were treated by some Traditonal Indian Dancing from Mela stars “Krishna Dancers” followed by the Glasgow;s very own SPANGLED CABARET. Festival go-ers were give a [tamed down] taste of the many delights on offer  at their shows. Be sure to check them out. Highly recommended.

Jai Ram Chadda, called “Pitaji” a Hindi word meaning “Father” in English by his family of 3 generations, was born in Mumbai in 1907 and came to live in Chancellor St, Partick in the west side of the City of Glasgow in 1965.
As part of celebrations of his 100th Birthday I made a DVD film package of three films for his family and friends documenting his life story.

1) a presentation of his life story adapted from a live presentation slide-show given by his grand daughter Divia at his Centenary celebration party.

3) An interview at his home in Govan where Jai talks about his earliest memories in India, moving to Kenya for work, and his life in Glasgow.

This video here is part 3 mentioned above and last 40 minutes.

The world was a very different place as we know it to day and we get to experience it through the spoken word of Pitaji.
Jai Ram Chadha enjoyed a moment of wider fame when Scots leaned the secret of his longevity was the result of drinking one glass of “Iron Bru” which is a traditional soft drink made in Scotland and was repeatedly reported in the Scottish Press.

….. but there is a lot more to his secret that….you will have to watch this film to find out what it is.

A Meeting With Pitaji

“Vale Of Tears” is a documentary drama about events of the Cadder Pit Disaster. On August 3rd 1913. 22 men lost their lives due to “white damp” and fire. The Cadder pits were situated near the village of Lambhill, a few miles north of the city Of Glasgow, Scotland. It was the worst mining disaster of the city  This documentary gives good account of the events and gives insight into the hazards and lack of safety measures which affected the miners in their daily lives. The events of the aftermath are also covered with an account of the funeral service and the fate of many of the widows after the disaster.

This production “Vale of Tears” is suitable for students of Glasgow History from secondary school level to adult..

written and directed
by
PAUL TROY

all original photographs used in this video are in the
public domain and copyright remains with respective owners.

filmed in
Glasgow and Coatbridge

THANKS FOR YOUR SUPPORT